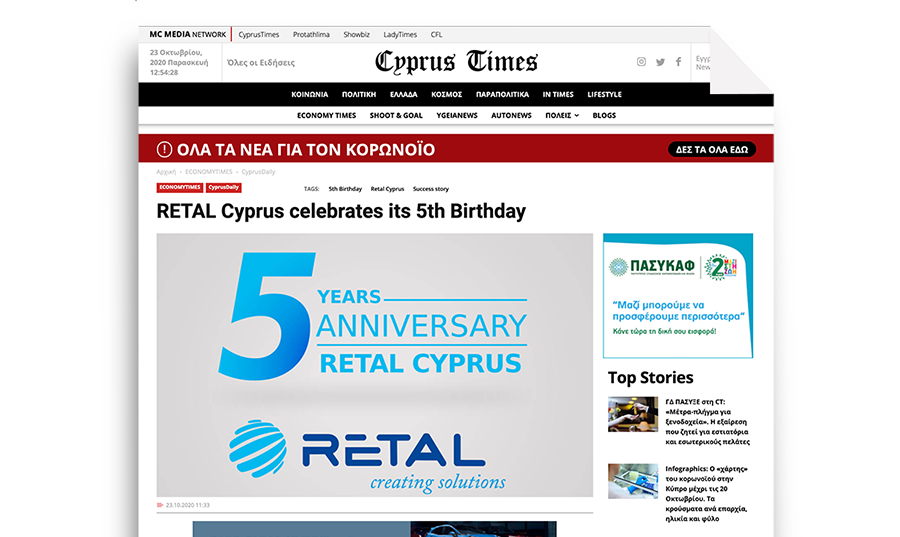 In all the best success stories, it is not one person that makes the difference, but rather a motivated team of like-minded individuals that come together to achieve a big goal. This is certainly true of RETAL Cyprus, the Limassol-based plastic packaging factory, part of RETAL Industries, which celebrated its fifth anniversary on 9th October this year.

The story first started with a big inauguration in 2015. The importance of RETAL opening and operating a successful factory in Cyprus, where it is headquartered, was clear from this event, as it was attended by the President of Cyprus Mr. Anastasiadis, senior local government officials, the President of RETAL Anatoly Martynov, all of RETAL's board of directors, and its global customers. The event was widely publicised as it highlighted the importance of opening such a modern factory in Cyprus.

RETAL's plans in this strategically important region - the south part of Europe - have come true. Today it is a successful and dynamically developing business that contributes to the Cyprus economy. The company’s president Mr. Martynov notes, “RETAL has over 20 years of experience in the production of plastic packaging. It is the synergy of our deep understanding of the industry and significant investments in our modern plant that are key to the achievements of RETAL in Cyprus.”